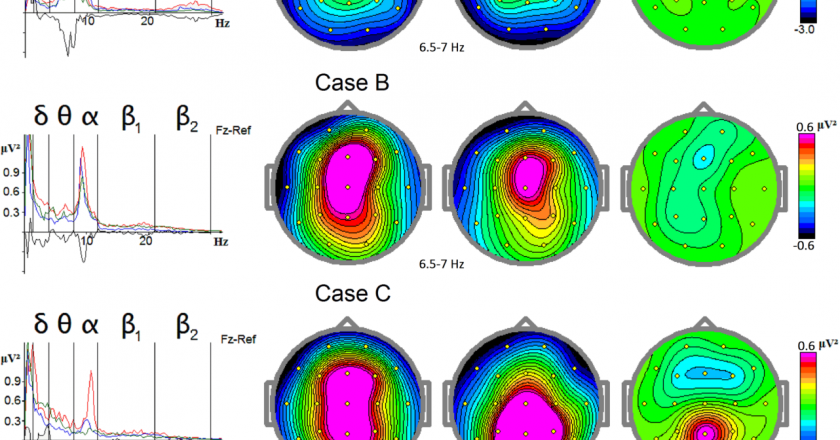 Excessive exposure of young children to digital devices has increased in recent years. Much research has shown that early excessive screentime is associated with autistic-like symptoms. This study aimed to differentiate children with Post–Digital Nannying Autism Syndrome (PDNAS) from children with autism spectrum disorders (ASD) and typically developing children (TDC), both behaviorally and cognitively. This study is comparative and cross-sectional and included three groups of children. The first group consisted of 15 young children with subthreshold autism symptoms. They had not received a formal diagnosis of ASD and had been exposed to digital devices for more than half of their waking time. The second group consisted of 15 young children with ASD, and the third group consisted of 15 young TDC. A lifestyle checklist, a modified checklist for autism in toddlers (M-CHAT), a behavioral flexibility rating scale-revised (BFRS-R), the Gilliam autism rating scale (GARS-2), and a behavior rating inventory of executive functioning-preschool version (BRIEF-P) were used to compare the three groups. The results showed that executive functions and behavioral flexibility were more impaired in children with ASD than in children with PDNAS and in TDC. Also, we found that there was no significant difference in the severity of autism symptoms between the children with ASD and the children with PDNAS. Early excessive exposure to digital devices may cause autism-like symptoms in children (PDNAS). Children with PDNAS are different from children with ASD in executive functions and behavioral flexibility. Further research is needed in this area. 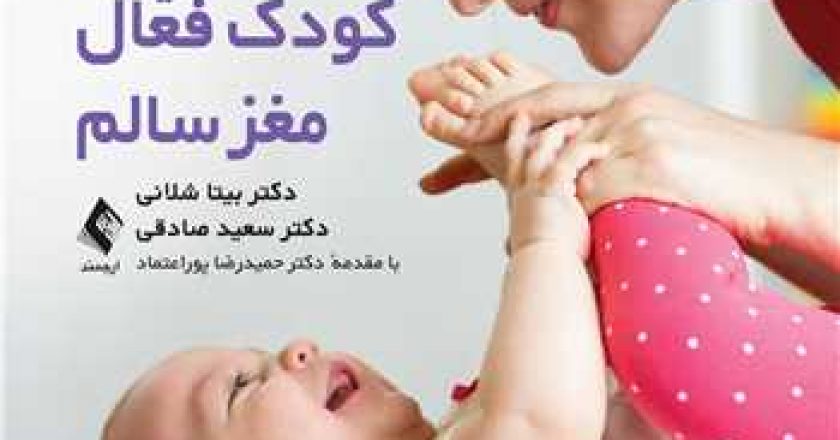 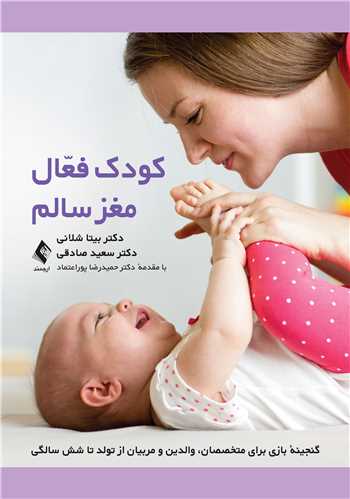 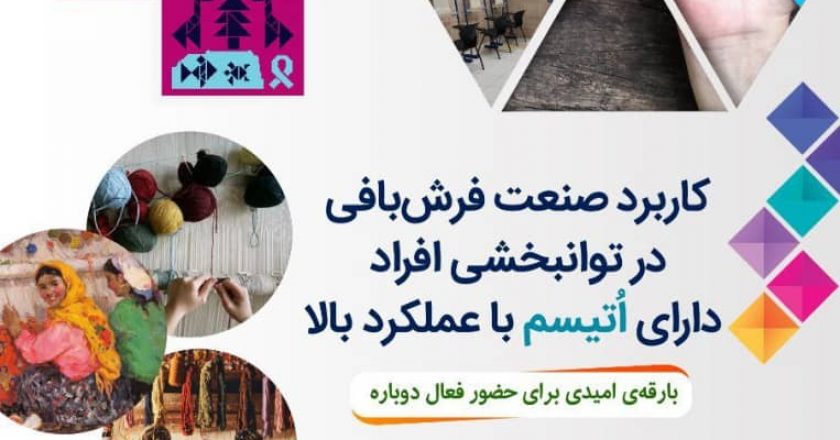 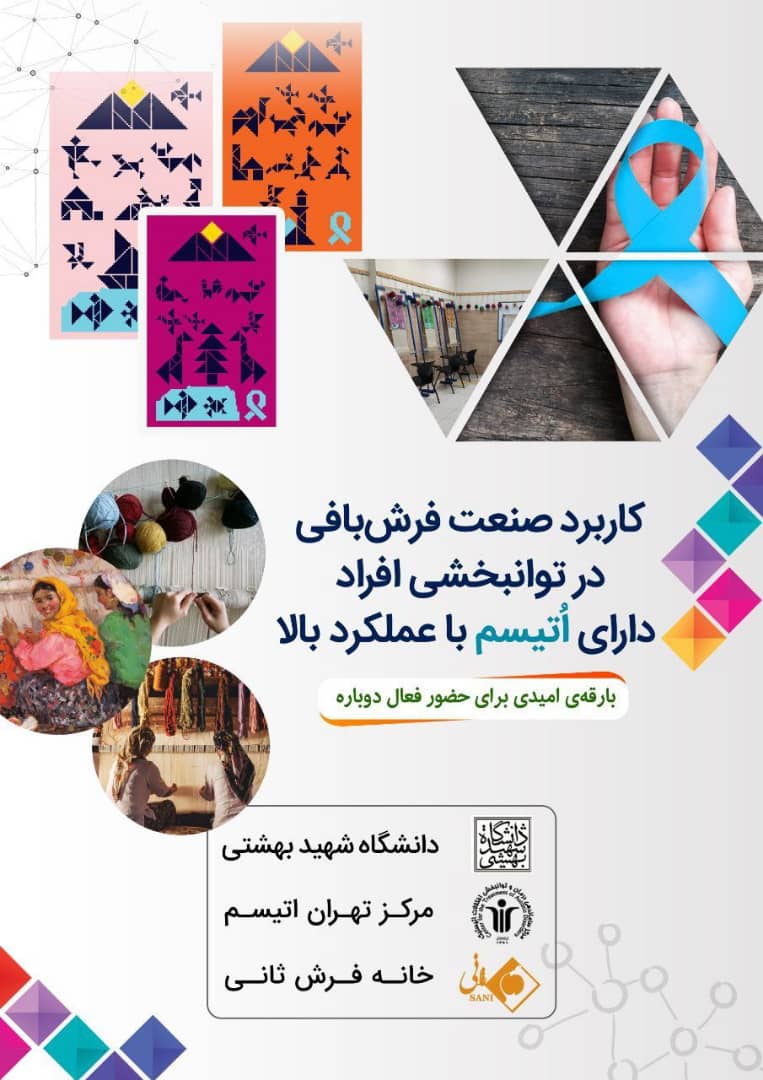 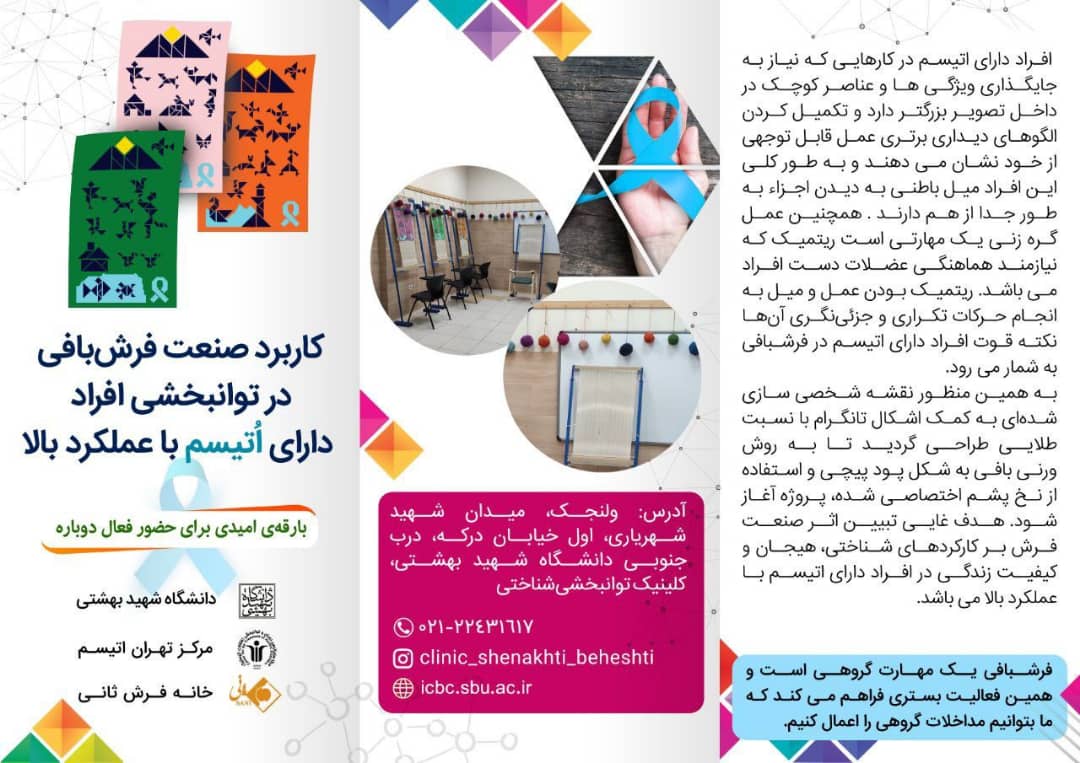 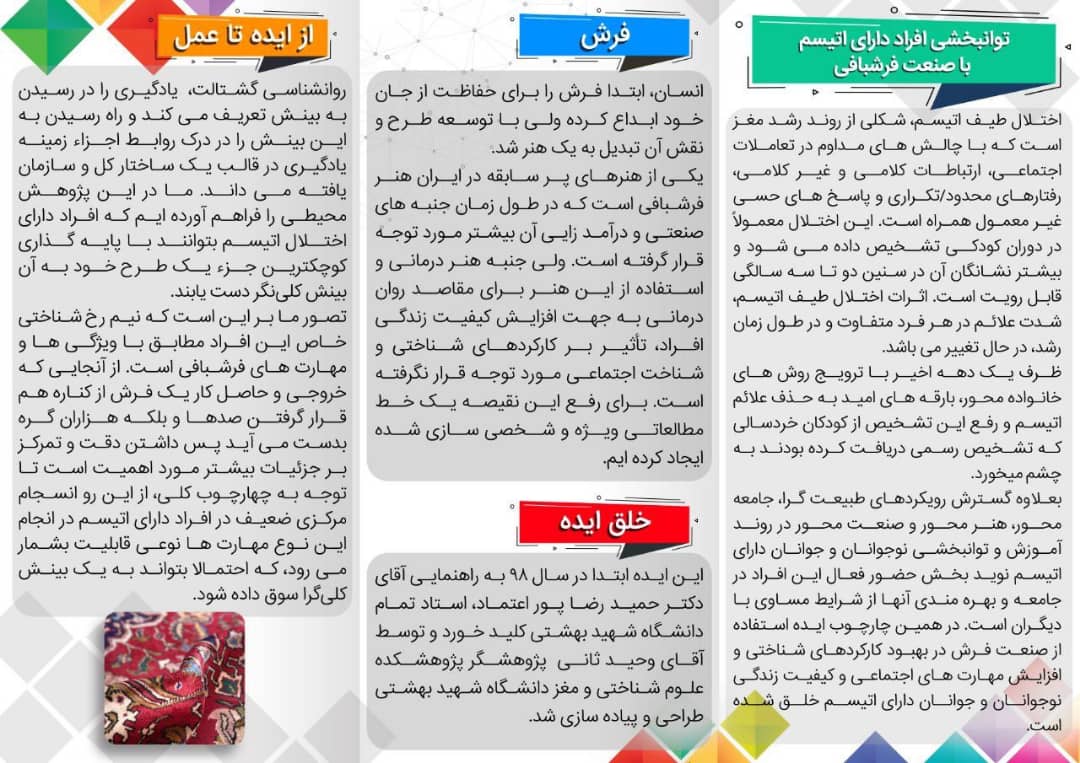 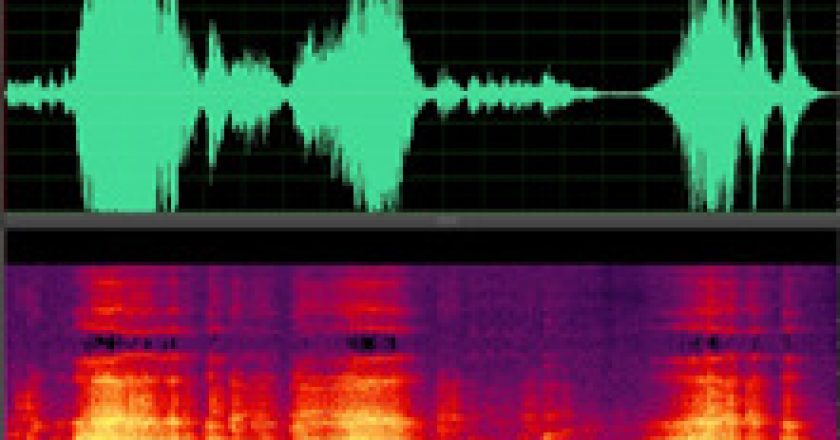 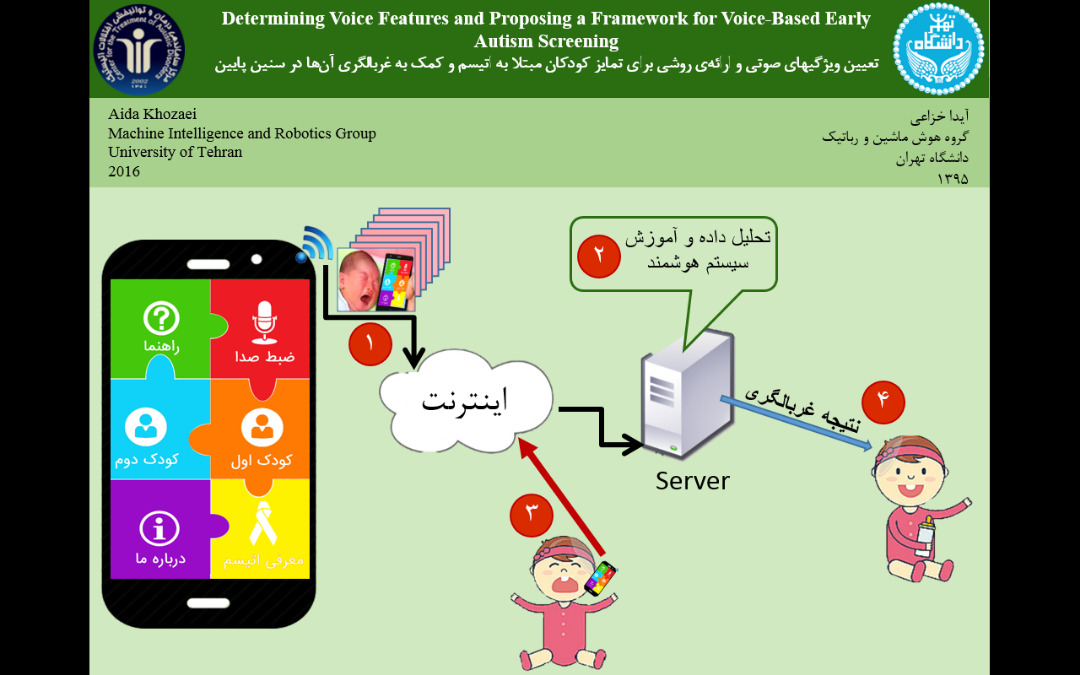 Background: Environmental Enrichment (EE) has been suggested as a possible therapeutic intervention for neurodevelopmental disorders such as autism. Although the benefits of this therapeutic method have been reported in some animal models and human studies, the unknown pathophysiology of autism as well as number of conflicting results, urge for further examination of the therapeutic potential of EE in autism. Therefore, the aim of this study was to examine the effects of environmental enrichment on autism-related behaviors which were induced in the maternal separation (MS) animal model. Material and Methods: Maternally separated (post-natal day (PND) 1–۱۴, ۳ h/day) and control male rats were at weaning (PND21) age equally divided into rats housed in enriched environment and normal environment. At adolescence (PND42–۵۰), the four groups were behaviorally tested for direct social interaction, sociability, repetitive behaviors, anxiety behavior, and locomotion. Following completion of the behavioral tests, the blood and brain tissue samples were harvested in order to assess plasma level of brain derived neurotrophic factor (BDNF) and structural plasticity of brain using ELISA and stereological methods respectively. Results: We found that environmental enrichment reduced repetitive behaviors but failed to improve the impaired sociability and anxiety behaviors which were induced by maternal separation. Indeed, EE exacerbated anxiety and social behaviors deficits in association with increased plasma BDNF level, larger volume of the hippocampus and infra-limbic region and higher number of neurons in the infra-limbic area (p < 0.05). Conclusion: We conclude that environmental enrichment has a significant improvement effect on the repetitive behavior as one of the core autistic-like behaviors induced by maternal separation but has negative effect on the anxiety and social behaviors which might have been modulated by BDNF. View Full-Text

Robot Assisted Therapy is a new paradigm in many therapies such as the therapy of children with autism spectrum disorder. In this paper we present the use of a parrot-like robot as an assistive tool in turn taking therapy. The therapy is designed in the form of a card game between a child with autism and a therapist or the robot. The intervention was implemented in a single subject study format and the effect sizes for different turn taking variables are calculated. The results show that the child robot interaction had larger effect size than the child trainer effect size in most of the turn taking variables. Furthermore the therapist point of view on the proposed Robot Assisted Therapy is evaluated using a questionnaire. The therapist believes that the robot is appealing to children which may ease the therapy process. The therapist suggested to add other functionalities and games to let children with autism to learn more turn taking tasks and better generalize the learned tasks.

Autism Spectrum Disorder (ASD) is a neurodevelopmental disorder in which changes in brain connectivity, associated with autistic-like traits in some individuals. First-degree relatives of children with autism may show mild deficits in social interaction. The present study investigates electroencephalography (EEG) brain connectivity patterns of the fathers who have children with autism while performing facial emotion labeling task. Fifteen biological fathers of children with the diagnosis of autism (Test Group) and fifteen fathers of neurotypical children with no personal or family history of autism (Control Group) participated in this study. Facial emotion labeling task was evaluated using a set of photos consisting of six categories (mild and extreme: anger, happiness, and sadness). Group Independent Component Analysis method was applied to EEG data to extract neural sources. Dynamic causal connectivity of neural sources signals was estimated using the multivariate autoregressive model and quantified by using the Granger causality-based methods. Statistical analysis showed significant differences (p value < ۰.۰۱) in the connectivity of neural sources in recognition of some emotions in two groups, which the most differences observed in the mild anger and mild sadness emotions. Short-range connectivity appeared in Test Group and conversely, long-range and interhemispheric connections are observed in Control Group. Finally, it can be concluded that the Test Group showed abnormal activity and connectivity in the brain network for the processing of emotional faces compared to the Control Group. We conclude that neural source connectivity analysis in fathers may be considered as a potential and promising biomarker of ASD.